As anyone that has been following me over the recent years has seen me talk about Chance the Rapper and the new positivity he has been bringing to rap with The Social Experiment and Coloring Book. I can honestly say that my favorite rappers are “Christian Rappers”, not just by content, but actions.

Chance made an announcement to donate $1M to the Chicago Public School foundation after his meeting with Illinois Governor Bruce Rauner. Chance wanted to meet with Governor Rauner to talk about the city’s public school system and potential solutions moving forward. It was obvious that Governor Rauner was not interested in solutions as Chance described his language as “vague”. 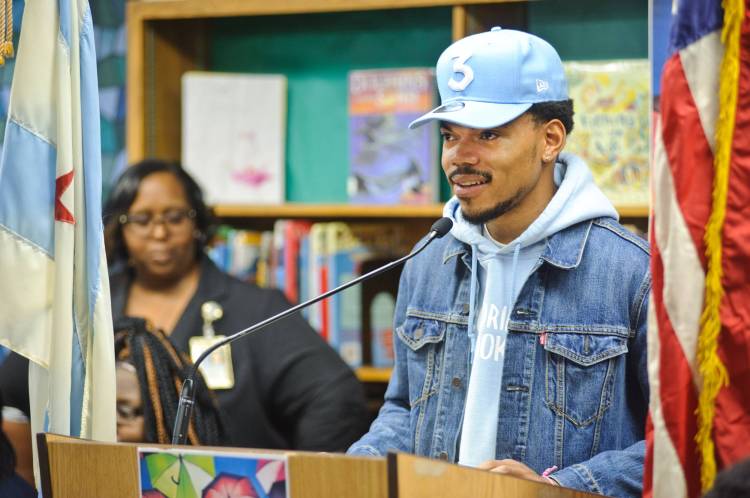 The school system faces a $215 million budget deficit over the system’s failure to finance teacher pensions. Governor Rauner vetoed a bill last year that would’ve funded CPS teachers’ pensions and other necessary items. Chicago Public Schools will be forced to close 13 days early to due to budget constraints. Since Governor Rauner’s election, pensions and education funding has been highly debated with Illinois going without a budget of any form for more than 11 months.

“While I’m frustrated and disappointed in the governor’s inaction, that will not stop me from continuing to do all I can to support Chicago’s most valued resources, its children.”

Chance says his $1 million donation will come from concert revenue generated through deals with promoters LiveNation, Ticketmaster, and AEG during his next major tour and $10,000 of additional for every $100,000 donated to Chance’s charity SocialWorks.

The importance behind moments like these have little to do with the actual money given. Yes, it will allow a hand full of schools the ability to do a little bit more over the year, but what’s most important is the awareness and creation of a new normal. The public now knows that they can put additional pressure on their politicians and this also gives other artists motivation to continue donating what they can. It’s not about the stone that Chance threw in the water, its the ripple effect and the hopefulness it provides for change.

That was today’s Good News.

I'm a little dreamer with big dreams that wants to be far from ordinary and go anywhere that's not familiar. The Lord is my guide as I attempt to improve, not just my own, but everyone's quality of life.

View all of Magnificent Miles's posts.