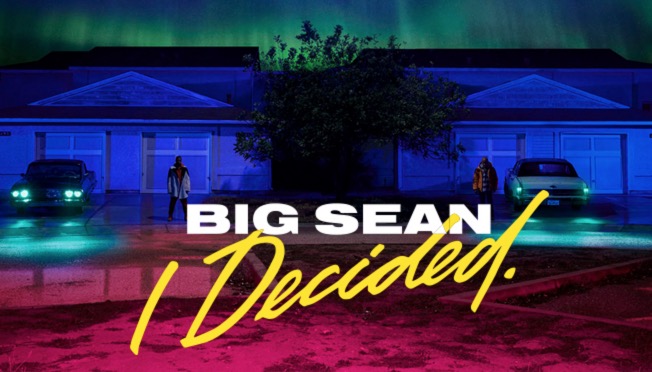 As a Detroit native, I have a very special relationship with Big Sean. Sean and I attended the same high school for a year (Cass Technical High School). I knew of him but nothing particularly special, but it’s always interesting to know where people came from and watch them develop long distance.

I’ll admit, I wasn’t always on the Big Sean wagon. I wasn’t a huge fan of his earlier music and the first song I really loved was What You Doin’?!? I was lukewarm towards Finally Famous, sincerely enjoyed Detroit, hated Hall of Fame, and loved, and I mean absolutely loved, Dark Sky Paradise. Dark Sky Paradise was the first album of Sean’s that I enjoyed front to back and play repeatedly to this day. I give that album something close to a 4.5 stars out of 5 and believe that for Sean to take his place in the upper tier of today’s rappers. He needs to beat Dark Sky Paradise and come with another near classic or classic album. 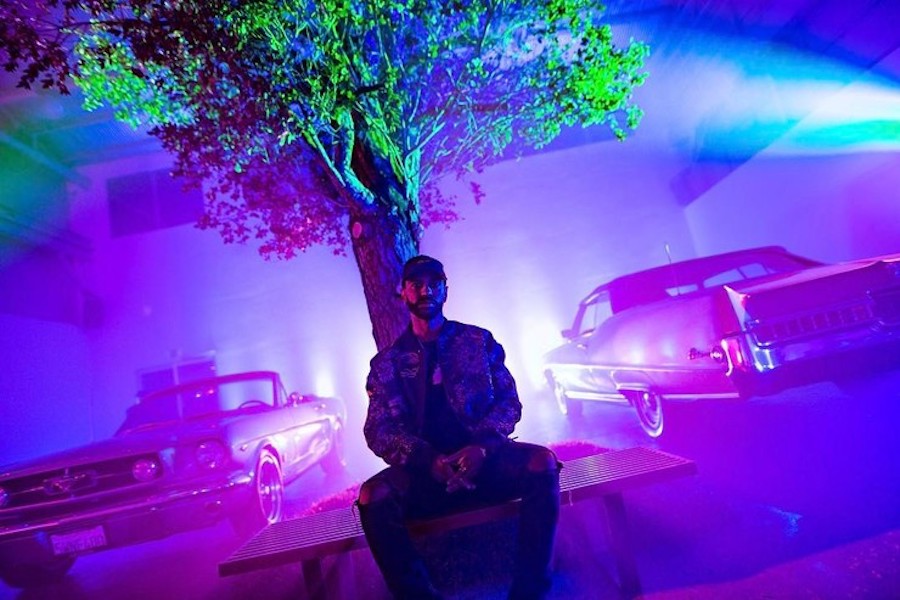 I Decided starts with an interesting concept. Sean believes that he has lived the life of a mediocre man, in the same job for years, doing nothing with his life. Old Sean feels that he has lost his chance with a woman that he loves, his family, and his future. We walk through various inspirational and introspective songs with trap beats & The-Dream mysteriously harmonizing in the background. The concept is unique for the most part, but the majority of the album still feels loosely connected and not a focused as I would like.

Let’s be clear, Sean has an amazing life right now. He has started to amass critical and mainstream success over the past few years, gaining respect as he went. He’s gotten out of the shadow of Kanye West and has made a name for himself. He is dating the beautiful Jhene Aiko and has been doing numerous positive things in Detroit with various nonprofits and organizations. Yet, Sean still seems to be seeking something that makes the majority of the album seem like he is trying to convince himself he’s decided more than us. 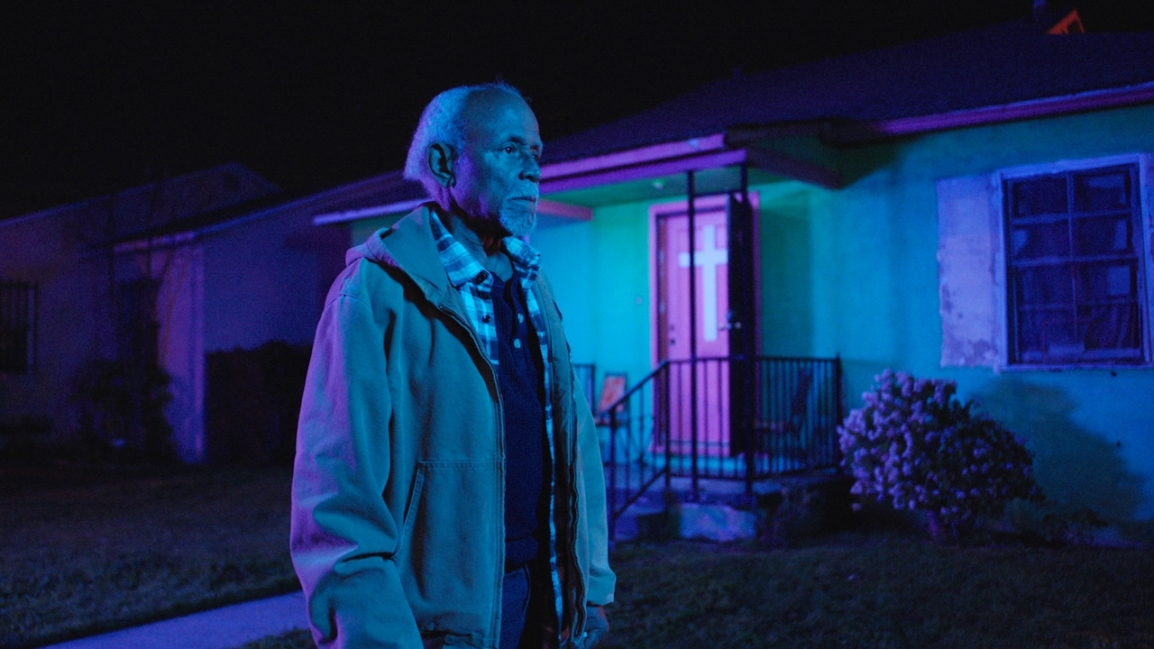 The album itself is really reflective in topics about the struggle to get yourself on the right track. Light is a nice intro track setting a positive tone about adversity faced and overcoming them to reach success. Bounce Back was the first main single that got continuous play and had a really strong lyrical performance. No Favors ends up being the first major misstep as Eminem leaves a terrible performance with a ridiculous stream of consciousness that distracts from the song than adds. As a kid from Detroit, I understand the significance of having Eminem on your track but he could have kept this verse.

Jump out the window is a good song about him taking a chance and intervening with a friend in an abusive relationship and wanting to date her. Sounds like the situation with Jhene, but don’t quote me on that. Moves interrupts the relationship segment of the album. Moves sounds like Bounce Back but with a little more energy and focus becoming the better of the two singles by far. Same Time with Jhene Aiko is Twenty88 relationship songs covering infidelity and frankly a teaser for their next album together.

Owe Me is where I have heard numerous Drake comparisons because it sounds like something Drake wrote for Nothing Was The Same or Shot For Me Pt. 2. It’s a highly problematic song about him getting back with a girl that was bad for him and the strange relationship troubles with picking up where they left off. Halfway off the balcony, on the other hand, is one of my favorites on the album. Sean talks about appreciating that life is more than money, sex, and work. Favorite line: I realized when it comes to girls, that chemistry means more than anatomy.

Halfway Off the Balcony:

The next two songs blend nicely with the previous. Voices in my Head/Stick to the Plan air out all of Sean’s inner thoughts. Self-doubt and the part of him that knows better conflict with each other allowing for very introspective and human moments on the track. Sunday Morning Jetpack is almost like One Man Can Change the World from Dark Sky Paradise with The-Dream replacing Kanye and John Legend. It’s touching because it is more honest Sean and dedicated to his grandfather but seems too much like a retread. He follows this with Inspire Me dedicated to his mother and Sacrifices ft. Migos (Yeah, I was shocked too, but it works somehow) talking about the sacrifices made to be successful. Sean ends the album with Bigger than Me, a moving ode to his city and family saying that he feels he must do more to give back.

Overall, the album is very motivational while still having beats, songs, and features that would get play in the club. I enjoy the positive vibe of the album but this is a much weaker album than Dark Sky Paradise as a whole. The common theme throughout the album comes across shaky at times, and he doesn’t sound as hungry as he did in the last album.

I always said that Sean was a rapper’s rapper. He wants to be known as one of the greatest rappers to ever do it and that’s why he seems unsatisfied with his place below J. Cole, Kendrick, and Drake in many people’s eyes. While people argue over whether Kendrick, Drake, and Cole are our generation’s Pac, Jay Z, and Nas, I found it very interesting that Sean has picked up Ludacris’ flow in a lot of different areas (Halfway Off the Balcony). 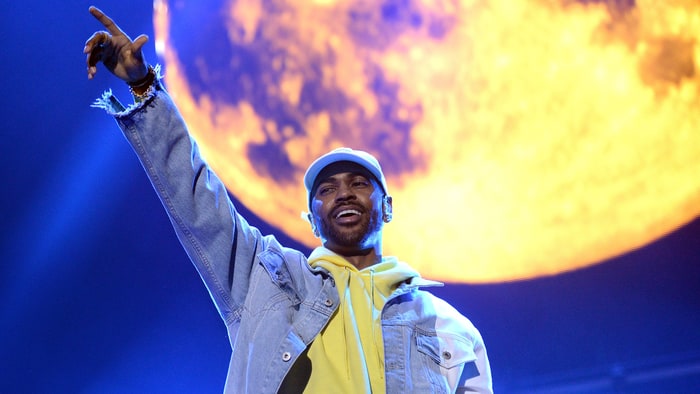 It makes for catchy delivery but it also might be a curse. Ludacris was a great rapper in his own right but also never made it to A-list. He was a solid A-/B-list rapper his entire career. He had with a solid string of hits with albums that were great but not undeniable classics. He will be remembered forever as an amazing rapper with charisma, charm, skill, and fans, but still falls short somehow. I don’t wish this on Sean and I want this to be a slight down step as he approaches music with more hunger and focus than before.

Overall, I pray that Sean had truly decided to move with more direction and purpose in the future. He has shown himself to have incredible talent and a great heart. I’d like to see a little more sonic diversity in the album, more focused execution, and him enjoying himself more but overall I appreciated the contemplative and positive Sean. I like the man he’s becoming, I just want it to be clear that he likes him too.

Have you decided on any thoughts on Big Sean? Are you or have you been always been a Big Sean fan? Why or Why not? Any thoughts on I Decided? This is also my first review in a while versus reflections, what do you guys think? Let me know in the comments below.

3 thoughts on “I Decided. (Album Review)”